CLICK HERE TO GO TO THE NEW BLOG. I WON'T BE UPDATING THIS ONE ANYMORE.

So I've finally decided to move the blog to my website. Blogger has been great, but I'm trying to keep everything more unified. Still some rough edges, but please check my website or the blog section for updates from now on. Thanks for visiting!
en 7:18 PM 193 comentarios 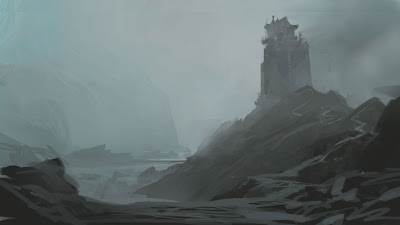 Heh, it's been a while again. Is anyone still coming here??

Well, I finally set the time aside for a much needed update to my Portfolio site. There are a lot of jobs I still can't post that I'm really looking forward to showing, but in the meantime,this will do . Check out the skethes section. There might be some stuff there you haven't seen.

Thanks again for popping in everybody!

PS. those who have suffered my "tangent obsession" will easily spot the massive one on this painting!
en 1:56 AM 41 comentarios 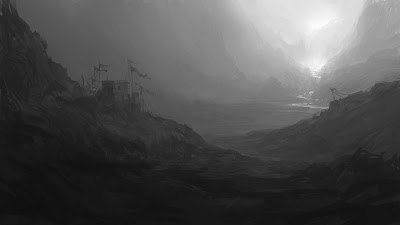 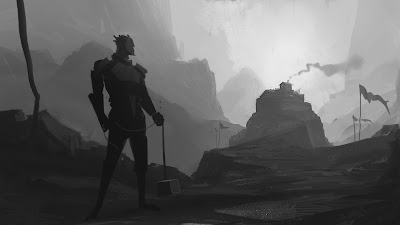 The last thing I worked has been getting quite a bit of attention. I was lucky enough to be part of the team behind the last Coca Cola Superbowl ad. The ad was directed by FX & Mat (Nexus), Framestore was in charge of all the CGI and the mattepainting work was outsourced to Painting Practice . Together with Justin Atkinson (mattepainting sup. at Painting Practice), I worked on mattepaintings and cg-paintovers. More info here & here.
I´d like to take the chance to thank Justin, everyone at Painting Practice, Fx & Matt, Russel, Diarmid, Tom & Possini. Thank you all!

I worked on the matte for the first shot in the ad. It was a tricky one and getting the final look would have been impossible without Justin, Russel and Diarmid´s work and direction. Head over at to Fx & Mats´s new site to see hi-res stills.

This is my favourite painting from the whole job, I was really "in the zone" while doing it. The 3d base, which came in quite handy, was done by Justin using a combination of models he´d done and assets provided my Framestore. Check out a higher res here. This isn´t finished nor the version that shows up in the ad, but that´s what blogs are for, right?!

We also did some cg overpaints on some of the shots.

This is a painting from the early stages when we were still trying to figure out some things. Didn´t get to finish it ( tree brush! yay! ), but I like where it was going. You´ll see a better res version if you click. I´m starting to hate blogger, publishing is a bit nightmareish... Higher res here

and this is the main temple. Here I only took over adding some detail to render. Higher res here. 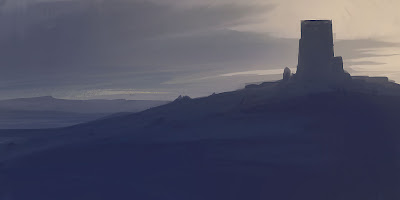 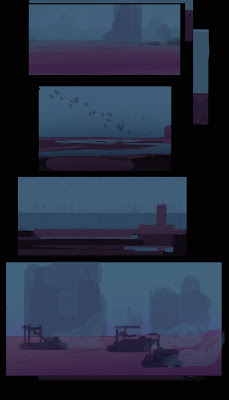 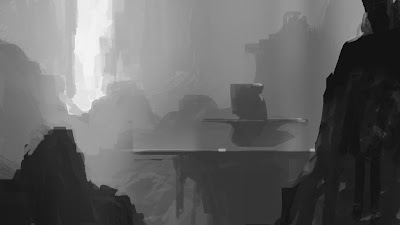 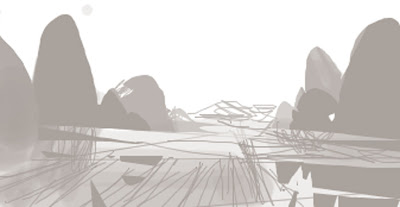 Some heads done with sculptris ( check previous posts for link). I´m quite enjoying it, although the meshes get quite heavy and i cant really do much with them later.

I was checking out reference on the first one. Gotta learn anatomy once and for all! 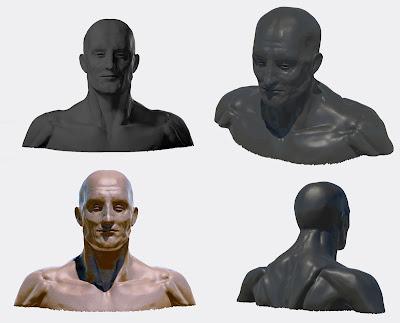 another head with some doodling on top 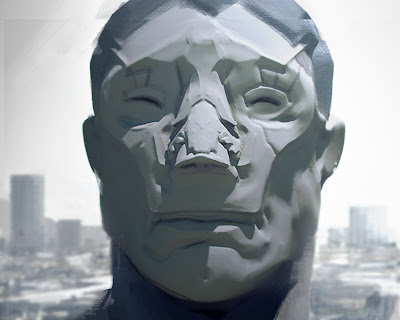 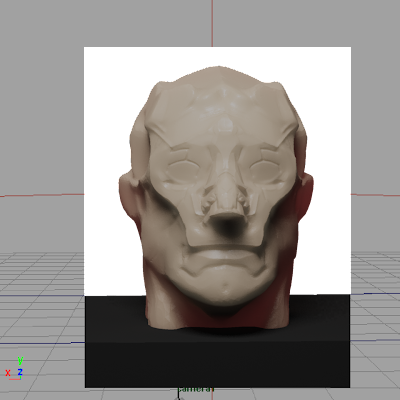 I occasionally used grids and hard edges but just now I´m starting to see how important these two things are. I did a one point perspective grid to use as a shape in photoshop. Download it, save it somewhere and load it up.

Since its a shape, it can be transformed many times without having to worry about quality loss. I find it really helpful although it´s a tricky thing to avoid getting carried away and letting perspective get in the way of creativity or design.

I´ve been thinking a lot about process and purpose lately. I´m finding it quite useful to try to visualize in my head what I want to paint. Making color/palette decisions even before I lay a stroke. And I´m finally understanding, I think, there are several aspects of an image ( composition, mood, color palette, design, story) that I need to pay attention to in the very beginning.

A great idea can be badly rendered and still be great, making a point. And perfectly rendered painting, might be purposeless. I don´t want to find myself again adding detail or fiddling with lighting on a painting when no matter how well I render it, the end result will be bland due to bad design or the lack of a storytelling point.

Soooo, anyway! Here´s a perfect example of what I´m saying. Nice perspective grid, but what now, composition is all wrong. It´s like the hint of a set in a badly composed photograph waiting for actors to show up and do something worth watching.

And here´s another one wip. It was a lot of fun. I really used the pen tool a lot on this one. I´m enjoying to control and "finetuneability". But again, I gotta think more. about scale, composition, design and the list goes on! 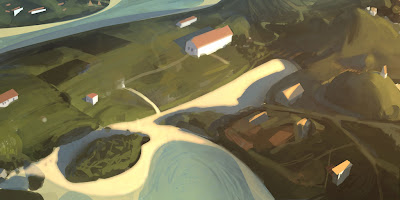 So stay tuned for some more paintings were I really really think about what I´m doing. I´m thinking a series of some sort would be a nice and effective way to "tackle" these problems. And I wont avoid characters this time.

don´t really know where this is going. Will spend more time on it. Think a bit more about shapes/function/design, add people etc. Thanks Peter for the tips:) 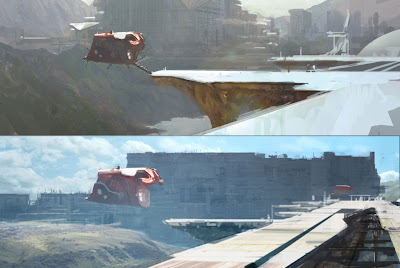 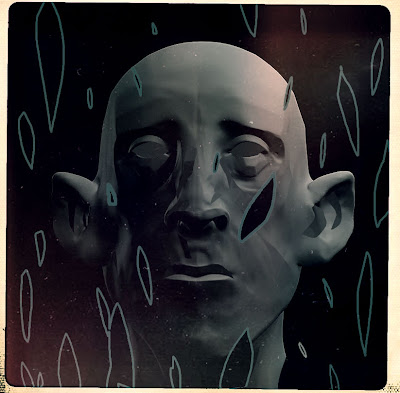 PS on model from Sculptris. Give it a go, it´s free!

I´m really looking forward to posting some recent freelance work. Until then, speedie. 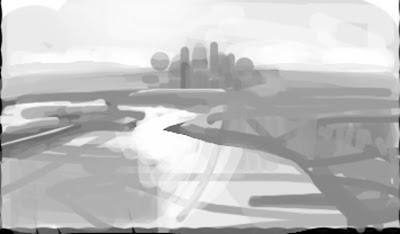 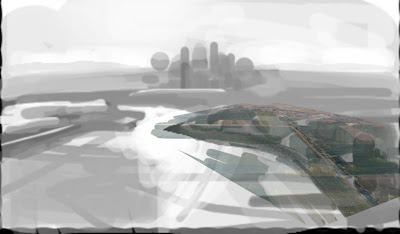 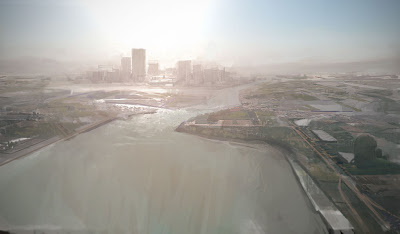 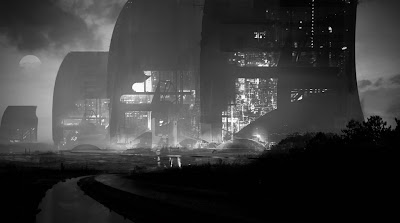 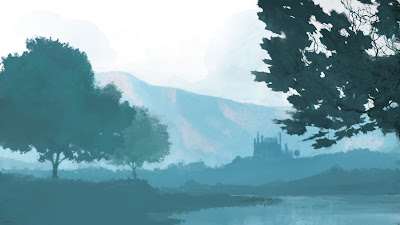 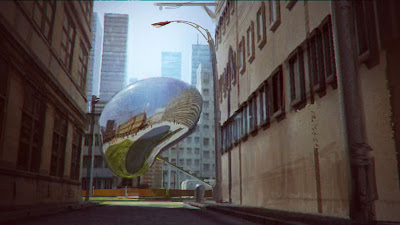 One of the many reasons of why I haven´t been posting for a long while was that I really though I wasn´t doing anything "good enough". I´m taking it less seriously now, so here are some process pics o a painting I started but never finished. I was learning a little bit of 3d too.

This is a very quick sketch I did first to get a sense of what I was going to do. I knew I wanted to create some sort of harbor scene with silhouetting (sp?) cranes, some sort of shiny architecture and a some far away hills. I cringe when I look at it now, but hey, that´s that.

I started modelling some elements and playing around with the camera to find a nice compostion.

I did some 3dtests to see how much detail I could create using displacement either from custom maps or even googleearth images. I wasn´t really going for the most efficient workflow but rather trying to learn new things. I knew some elements where going to be up close so I put more work on them. I also though having a semi decent 3d base would give me the chance to render ou different lighting conditions and POVs so that I could create several mattepaintings.

And these are some wip images. I´ll finish/redo this at some point to add into my portfolio.

Some quick tests using Geocontrol & Vue with some PS comp. They´re quite fun to use and I think with some work you could some impressive results. I´m still learning both & trying to figure out the best workflow.
en 9:12 AM 12 comentarios 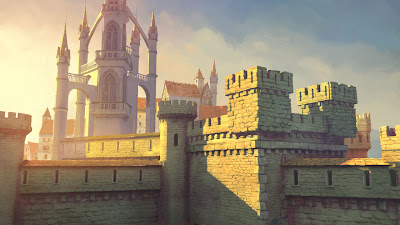 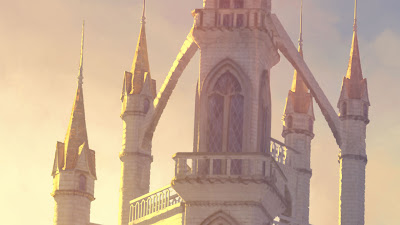 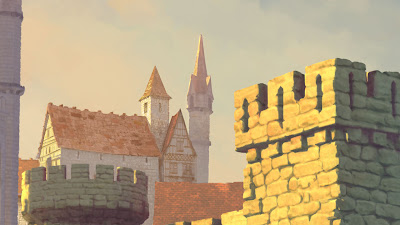 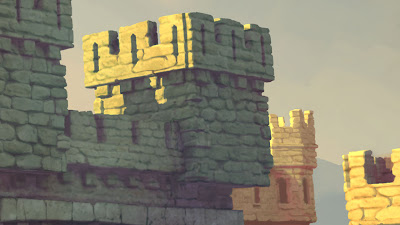 thanks to all of those who´ve commented in my absence. You finally got me to move my ass!
en 7:50 PM 24 comentarios