It´s been some time since last update. Oscar, Kriki and Luigi came to Prague for some days and I didn´t show up in the school that much, so no internet access. We had a great time, czech food, czech beer, went to nice bars and also rented a car and drove to Cesky Krumlov (sp I think, wrong). I hope I´ll go there with some drawing buddies to sketch, it´s an amazing village, let´s see if I can post some pics soon.

Last Sunday´s sketchcrawl wasn´t very successful either, no new people showed up. And my drawings aren´t very good either...Luckily, spring is starting, so I´ll finally be able to go outside and draw. I´ve been waiting all winter to do that.

Today, I went with Pekka to Barandov Studio again. We saw some animated films. They had been done using "half-plastic" puppets (that´s the translation we got from czech). The puppets are placed on a horizontal glass to be animated, you don´t get to see the back of the puppet, and there´s interchangeable bodyparts for when it´s supposed to show it´s back to the camera. Don´t now if I managed to explain... Well, we saw the movies and then we got to know the technique with which they had been done, and the actual puppets that were used for the films. I was really blown away by one of the films : "Potkali se u kolina", something like "meeting in the hill". The animation was excellent. The film was from the late 70´s and the lead animator was Boris Masnik. I´ll try to find more info on him.
new sketchbook cover. boredome + white pen + red cover = this 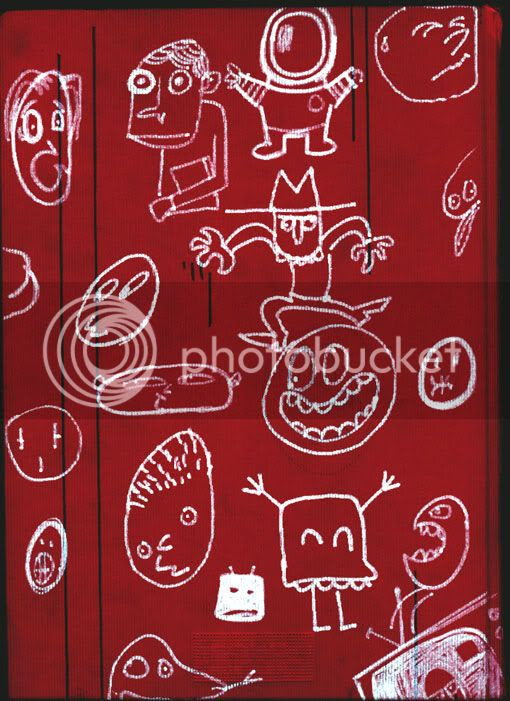 sketchcrawl wasn´t very succesful, but still I managed to draw. This was at night, having dinner at Juanantonio´s. This was an Irish guy I got to know that night. He liked the drawing, and his friend asked me to do a portrait of him for a beer. 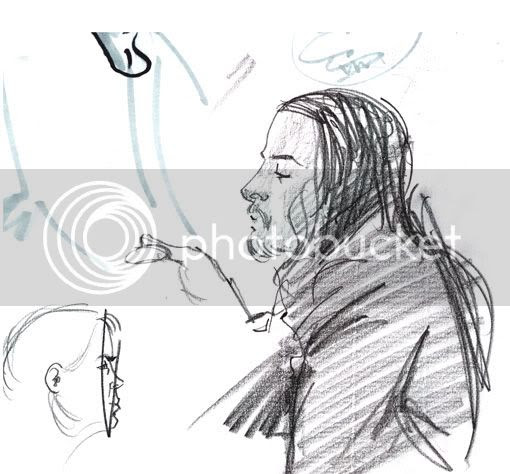 This one was in Velryba (sp?, we call it "the place near Tesco"). 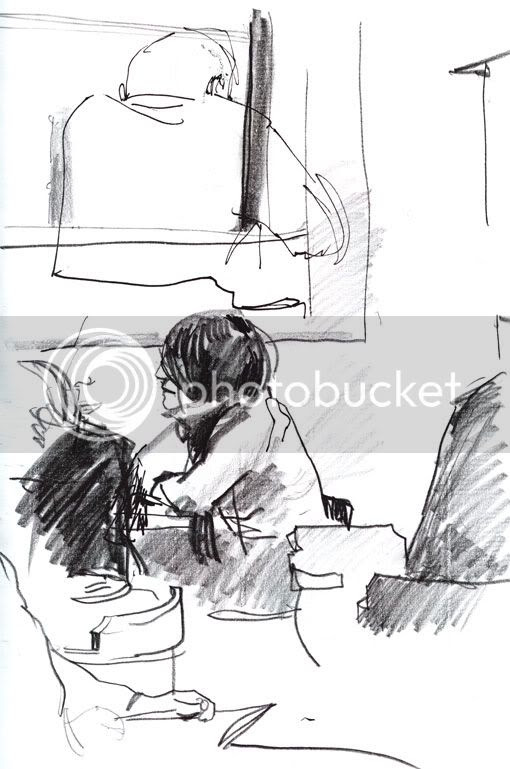 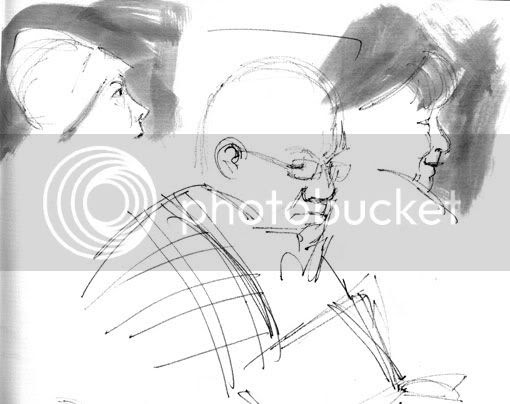 Some character research for my animation. 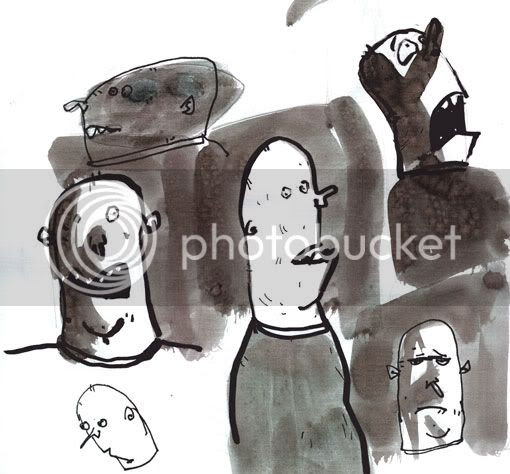 There are so many fun and exciting Things to do and experiences around the world that I thought I ‘d put together a list of favorite things to do for all travelers.