Playing arround with the soldier

The other day I did this sketch in PS. 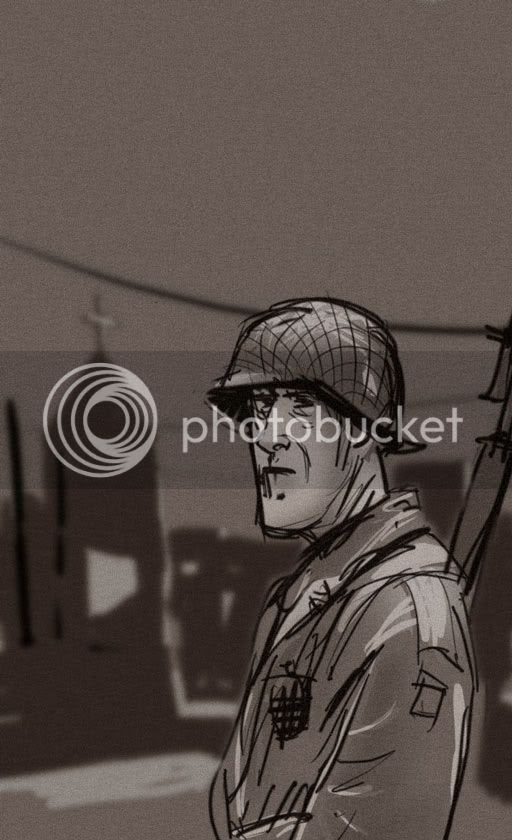 I couldnt post it because I could resize the image in the computer I was writing on. The thing is I installed After Effects on my computer yesterday night. I really love that program. Hadnt used it in ages. I started fooling arround. So I imported this sketch and started doing something. It was a bit too complicated because I already had a flat image. If I had though about it before, I would have saved it in layers. So there was lots of cloning around. Then I started addin little bits in. Some background animation I did quickly in flash, some shitty vehicles. All too fast and with not much thinking into it, just for the sake of tryin out new things and having fun.

Of course the thing is nothing special, theres no character animation and composition sucks as usual.But it gave me some ideas of some tests that I could do in the future. Next time with some real animation.I guess if I think of it in advance, I could do something nice. Enough blablabla.

you were right about the composition, but otherwise good ! i look forwrd for more moving stuff!